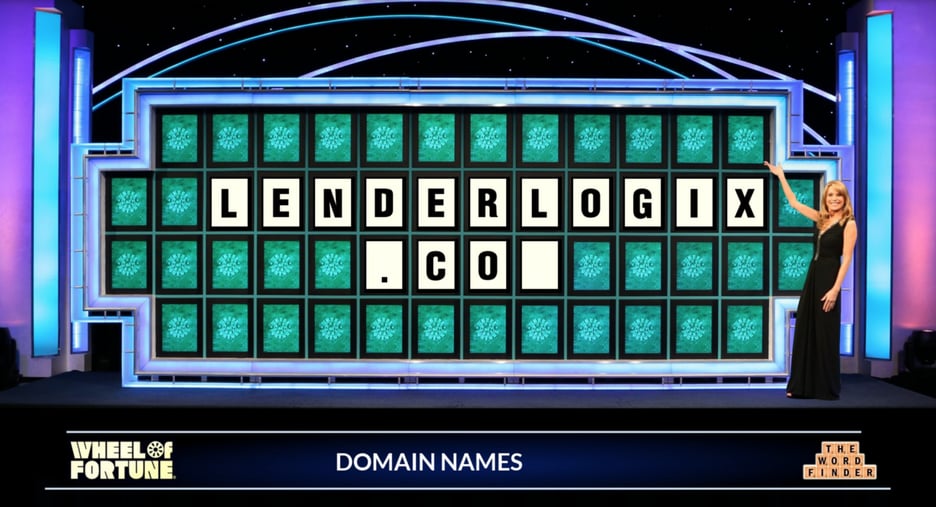 A great side effect of working from home is the nostalgia I’m feeling about the early days of our company. Before we had an office (we’re now on our third office) I was sitting in this chair, making decisions with my co-founders about everything. One memory in particular was our decision to name the company LenderLogix, a name that we loved, but one that would ultimately lead us to an internet standoff with a man named Nikolai* and an offshore wire transfer of $5,000.

*name changed to protect the innocent

Naming a company is a funny thing. I’ve been involved with naming companies a few times and it’s an awesome experience. So much energy and optimism go into trying to distill this project, into which you’re pouring your heart and soul, down to a simple name. Of course, in the digital age, it’s also important to consider what your URL would look like, so ultimately when you’re coming up with possible names, you’re also checking the availability of the domain.

Anyone who has gone through this process knows this one fact: All of the good .com domain names are gone. They’ve been snapped up by some enterprising individual long ago and they sit in URL purgatory waiting to be the front door of the next hot startup. You end up running every permutation through the search… should we add a hyphen? Maybe go with .net?

Our first product was our analytics suite which gives mortgage bankers insight into the relationships they have with the real estate community. Analytics for mortgage lenders. We landed on LenderLogix. We loved the name. lenderlogix.com? Taken, of course, but not in use. Should we add a hyphen? Maybe go with .net? We decided to go with lenderlogix.co because we thought that was a hip thing to do. It was an expensive decision.

As we grew, we soon learned that the .co wasn’t the best idea. We’d talk to customers and have to stipulate “It’s Patrick at lenderlogix .co… no, there’s no M at the end.” We’d miss emails from vendors who would say “oh sorry I sent the contract to .com not .co!” Missing an important email at that stage wasn’t something we could afford. We needed lenderlogix.com. We decided we needed to take action.

So who was the genius who had decided to gobble up lenderlogix.com and squat on it? My partners are resourceful fellas, and some online research led us to this mysterious character named Nikolai. As we dug further, we discovered Nikolai wasn’t some kid slugging Mountain Dew in his mom’s basement, casting a silhouette against the glow of his 30” gaming monitor while cruising dark-web message boards. Our search revealed he was a successful entrepreneur and fitness enthusiast who had started multiple companies and exited several for eight figures. Shit.

We found some articles online about how to approach someone about purchasing a domain and one strategy involved having an attorney draft a letter on your behalf indicating they had a client interested in making an offer, so as to keep the identity of the purchaser anonymous, and thereby not give the potential seller any idea as to the financial means of the buyer. While we decided to take that approach, the inherent flaw was that, at that time, we were a real company, with real customers, we had gotten press coverage and a quick Google search would show that we were an operating company that had a financial incentive to get the deal done.

Our lawyer fired off an email to Nikolai indicating our desire to buy lenderlogix.com. He responded to the email that he did in fact own the domain, and that he had no immediate plans for it and was open to selling it. He communicated to our attorney that he would be willing to entertain a “reasonable offer.” One of my partners felt $500 was a reasonable offer, but we decided that Nikolai likely spent more than that on a pair of CrossFit sneakers, so we upped it to $1,000 and accompanied the offer with a heartfelt letter, penned by yours truly, appealing to his early days as a bootstrapped entrepreneur.

An unmoved Nikolai apparently didn’t consider $1,000 “reasonable” and countered at $10,000. Understanding how important it was to us considering we were an “actual” company, we counter-offered at $5,000. Nikolai accepted, we entered into some sketchy online escrow agreement, wired the funds to his account in Anguilla and yada yada yada you can visit us at www.lenderlogix.com.

So yeah, we paid $5,000 for an M, and Nikolai is crushing burpees in the finest Lululemon gear courtesy of LenderLogix. Expensive mistake? Sure, but that experience is one of the many woven into the fabric of our company that I probably wouldn’t trade, even for $5,000. Plus, it makes for a good story at (virtual) cocktail parties.

Patrick O’Brien is a mortgage banker turned software entrepreneur at LenderLogix. With QuickQual by LenderLogix, your borrowers and Realtors can issue their own pre-qualification and pre-approval letters. Intrigued? Learn more now.

Given my background as a career mortgage banker, I often find myself in conversations with people...

Recently we updated QuickQual with one of the most requested features that our customers have asked...

The Year of the Mortgage Lender IPO 💰